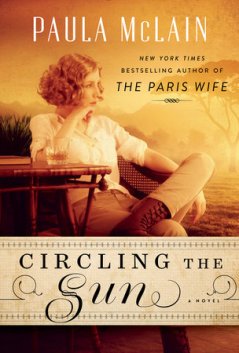 Last week I got to meet the amazing Paula McLain at Wellesley Books where she did a talk and signing for her new historical novel, Circling The Sun.  Can I just say not only was this book fabulous but meeting Paula was even more amazing ~ plus she knew me as her Instagram friend!  Can you say #fangirl moment?  I have yet to read The Paris Wife, her first novel, but after reading Circling The Sun, I ran out and bought it.  During her talk, her passion for writing was evident.  Through her in depth research for her topic at hand or her love for her subjects, McLain clearly treats each book with love and authenticity. 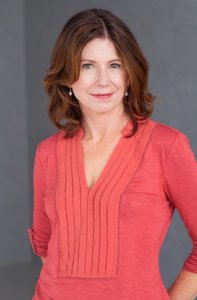 I first heard of Circling The Sun at #BookCon in New York City.  McLain was on a panel for Random House discussing the book.  I knew I had to read it!  I had it sitting in my TBR pile for a while, waiting for the perfect time to start.  Taking place in Africa I thought it would be the perfect book to transition from Summer to Fall, plus I had seen she was coming to Wellesley.  Once I started the book I was hooked.  It centers around the true story of Beryl Markham who was a British girl growing up in Africa.  She was one of the first bush pilots, female horse trainers and the first woman to fly solo across the Atlantic from east to west.  The story takes you through her childhood in Africa to her adolescence growing up without her mother.  As an adult Markham becomes entangled in a love triangle that is complicated and consuming, one of my favorite parts of the novel.  Each page, painted with McLain’s words, took me on my own African safari.  The detail in the facts and description of the setting are immaculately portrayed.

Circling the Sun is a must read for anyone who wants to be inspired.  Beryl Markham is, as McLain said so perfectly, a bad ass woman.  She lived a challenged life which fired her up, educated her and in the end allowed her to come out on top not too far off from McLain’s life, a fact that I learned in Wellesley.  McLain grew up in multiple fosters homes and was abandoned by her mother at a young age.  Like Markham, McLain used her struggles as fuel to her fire.  McLain, a single mother who was struggling to write while going to school is now a New York Times best selling author- bad ass anyone?  I left the signing super excited for what is to come from McLain and I will most certainly be featuring The Paris Wife on the blog as well.